“So, you believe that only Christians are going to heaven?”  It’s a question that has caused more than one person to squirm uncomfortably.  It is especially uncomfortable if the question is asked in a public forum (radio or television interview) in a challenging way by someone who (1) isn’t a person of faith or, (2) an adherent of a non-Christian religion.  In reality, any answer will offend someone, somehow.  One response will offend one group, the alternative will offend the other.  No answer at all will offend whoever’s left.

If you are a Christian and you believe the gospels (Matthew, Mark, Luke and John) to be accurate accounts of the words and actions of Christ, only one answer is possible.  It is the answer Jesus gave to a disciple named Thomas.  Here it is:

It is also the answer that, after the death of Christ, Peter gave to the rulers, elders and scribes in Jerusalem.

And there is salvation in no one else; for there is no other name under heaven that has been given among men by which we must be saved” (Acts 4:12)

Jesus and Peter said it, I didn’t.  So, you can get mad at me for believing it, but you can’t blame me for saying it.  I don’t have to apologize for their answers.  No uncomfortable squirming here.

Guilty of Being Too Gracious 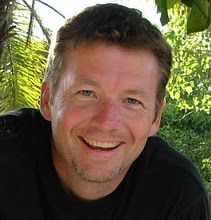 If you don’t subscribe to Trey Morgan’s blog, you ought to.  He is a very thoughtful writer and preacher.  He preaches in Childress, Texas and if you ask me, they are extremely fortunate to have him.  I had an article all ready to post when I read this and thought I must share it with all my readers. Take my advice and go to his blog site here and read his past and present postings.  You’ll be blessed.  I was especially touched by his latest: A $2.99 Hug.

When he asked me the question, I knew I’d heard that type of question before. It was one of those, “What if a person is doing…,” questions that ended with, “Will that person get to go to heaven or hell?”He was calling someone’s morality into question, and I could tell by how he asked, he wasn’t really asking the question because he wanted to know, but because he wanted to trap me with the question. It was the same thing the Pharisees did to Jesus on many occasions.

My answer was simple, “That’s totally up to God. He’s the one who makes the decisions on who goes to heaven and who doesn’t.”

I could tell my answer frustrated him. Redness was building from his neck up to his face. “I knew that’s what you’d say,” he said with a frustrated tone. “I don’t even know why I asked you. You’re too soft on people.”

I smiled and told him, “I’m sorry, but I got out of judging business long ago. Who gets in and who doesn’t is not not my place to decide. But”, I told him, “If I’m going to err on one side or the other, I’d rather err on the side of mercy.” He didn’t like that much either.

I left feeling good about my answer. I still feel the same way today.  I think Jesus was a perfect example when it came to being gracious to others. Remember how Jesus acted around those whose lives weren’t exactly to what God wanted? A prostitute, a wealthy exploiter, a Samaritan woman with several husbands, a woman caught in adultery – all people that Jesus would have had a problem with their lifestyle. Yet all found grace and mercy from Jesus instead of condemnation. No wonder Jesus gained the reputation as being a “friend of sinners.” Maybe we can learn a lot about how to treat people by watching Jesus in action.

“You’re too soft on people,” that guy said to me that day. Well if too soft means too merciful … then I pray I’m guilty as charged!

“So you must show mercy to others, or God will not show mercy to you when he judges you. But the person who shows mercy can stand without fear at the judgment.”   ~ James 2:13