Who Made President Obama Boss?

In our culture, the people have a say in who governs them, but ultimately it is is up to the Almighty.  Is that His stamp of approval on their positions and policies? Check out Daniel 2:21; 4:17; John 19:11; Romans 13:1-6 (and there’s a bunch more).  God sets up rulers and deposes them…some good some bad — for reasons best known to Him.  Believers need to shut up and get on their knees and pray for President Obama and all those who govern us (1 Timothy 2:1-3).

Science and Religion in Competition?

Several atheistic blogs I read are guilty of “scientism.”  Scientism is not science but rather deductions and speculations arising out of scientific observations.  Truth is truth no matter the source.  Scientism, however, sees science and empirical observation as the only source of truth.  Consider this definition:

Scientism sees it necessary to do away with most, if not all, metaphysical, philosophical, and religious claims, as the truths they proclaim cannot be apprehended by the scientific method. In essence, scientism sees science as the absolute and only justifiable access to the truth.

Here’s an example from a blog called, Unreasonable Faith

Belief never invented a laser, or pressed a CD, or kept a ‘plane in the air, or restarted a heart – Science has done all of that and more, a whole bunch of times.” And, “Against this staggering work and monumental achievement (the proof that one of Einstein’s theories is correct – DW) on one single scientific project out of hundreds of thousands, there stand some old men in robes, telling us that God did it, because it says so in the nth translation in the chain of some bronze-aged myths written by some camel-herders.

For the moment let’s ignore the ridicule and the reality that many respected scientists believe that “God did it.”  More to the point: science and faith are two different things and, thus, not in competition. Faith is defined as, “…the assurance of things hoped for, the conviction of things not seen” (Hebrews 11:1). On the other hand, science is totally based on what can be seen. When interpretation of scientific observations moves beyond the observable, it becomes speculation. Speculation is fine and useful for building hypotheses but it is still speculation.  And there’s nothing wrong with speculations as long as they are recognized as such.  Just don’t ask me to accept them as incontrovertible truth.

Science and faith operate in two separate realms. Faith presupposes the existence of a supernatural realm (things not seen). Science can only operate in the natural realm. To place them in competition is ridiculous.

I’m not referring to actual wagons hauling actual band members. I’m talking about groups of people who have decided to think the same way without due consideration of all the information. Humans have a natural tendency to conform (fashions, fads, etc.) The few real non-conformists get the label “eccentric,” and summarily dismissed. That label applied to my father who always thought for himself. He was a curmudgeon with few friends, but he called it as he saw it (even if the way he saw it was screwed up). His main fault was making up his mind so solidly that it took a charge of dynamite to loosen him up to alternative thinking.

Bandwagons, I am thinking, come into being because people want to believe certain things and behave in particular ways rather than basing their personal philosophies and resulting actions on something substantial. Or, in the absence of substance, reserving their conclusions until they find it (it is, after all, okay not to have an opinion on everything).

While reading in the blogosphere, I notice that people who believe a certain way tend to read the blogs of others who believe the same way and merely applaud, cheer and conform to the thinking of the group. For them, “hopping on the bandwagon” becomes a convenient way to avoid thinking for themselves. Hats off to those brave and hardy souls who dare to disagree, challenge and debate those with whom they differ. We need to jump off our bandwagons and consider what others are saying. We might agree, disagree, challenge, debate, correct, suggest, applaud or, most important of all…learn.

My wife and I enjoy reading and watching mysteries – you know, Agatha Christie, etc.  I like to watch the television versions with her because I often get lost in the details and she doesn’t.  I have to have things spelled-out in simple terms. “Okay, was it the long-lost cousin who showed up from Kenya who took the papers from the study in the dark of night or was it the daughter who stood to lose her inheritance?”  “Who done it,” is easy for her (and Miss Marple), difficult for me.  I have noticed I have to do this with most things.

I can’t claim to have always been a solid theist.  In my university days, I followed in the footsteps of my father and began my studies as an agnostic.  My professors reinforced that position since most of them were either atheist, agnostic or ambivalent on the matter of belief.  Thanks to a teacher who helped me to see there are two sides to the question of belief, I came down on the side of faith in a Creator.  It just seemed much more reasonable.  Still does.

In my life-long attempt to get things straight, I have looked long and hard at the ongoing debate between theists and atheists. I have begun to see that whether to believe or not believe is largely a matter of perspective. We are part of an amazing, spectacular, unfathomable, intricate universe.  Before we even consider our microscopic little blue planet, there are the stars orbited by uncountable planets, gathered into galaxies numbering in the multiplied millions.  Then there is our tiny island with the only life we are presently aware of.  Intricate complexity and design is increasingly evident as we delve into the subatomic realms. Are the complexity, intricacy, design and order we see the results of accidental, random yet unobservable processes?  Is life the outcome of chemical processes that we don’t yet understand? How do we account for all this?

As for me, this is how it all boils down: The theist looks at the universe and concludes there is no way this complexity, intricacy, design and order could happen by itself.  The atheist looks at all the complexity, intricacy, design and order and concludes that it did indeed happen by itself. Two perspectives – which one makes more sense to you?

The Tucson Memorial: Some Thoughts 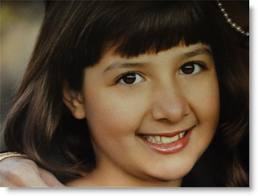 Here are a few thoughts on the memorial held this evening for the victims of the shootings in Tucson.

1.       Wasn’t that “Native American Blessing” weird?  The bloke who gave it was not even a Native American…he was descended from the Yaquis of Mexico!  If he wasn’t a professor at the University, he probably wouldn’t have been on the program.

2.       I thought President Obama gave the finest speech I have heard from him so far (and he does love to give speeches).  It was exactly what we needed to hear.  It was thoughtful, sympathetic, conciliatory, uniting and comforting.

3.       It was uplifting to hear Scripture read by the Attorney General and the Secretary for Homeland Security.  They read with courage and conviction at a time when our nation drifts toward secularism.  Even the President, who is not known for his personal exercise of faith, referred at least twice to Scripture.

4.       How about that Daniel Hernandez?  Without notes or any sign of stage fright this articulate young man made some very thoughtful comments and renounced the title of Hero…handing that appellation to others he felt deserved it more.  I was impressed!

5.       I was surprised at the tone of the memorial.  It seemed more like a pep rally but, as one commentator suggested, maybe this is what was needed.  Nevertheless, I was angered by those who kept screaming even after the rest of the audience had become quiet.  What makes them think we are as much in love with their voice as they obviously are?

6.       I hope this brings to an end the incredibly stupid finger-pointing and mud-slinging employed by political opportunists.  I must say, however, that I am not holding my breath.

7.       I was moved by the brief sketches of those who were killed given by the President.  It was a personal touch that gave us all a little insight into the always extraordinary lives of ordinary people.

8.       The sketch of one precious little girl, Christina Taylor Green who would remind her mother, “We are so blessed. We have the best life,” brought me to tears.

As Mr. Obama said, may we work toward “…forging a country that is forever worthy of her gentle, happy spirit.”

Like it or not, it is December and we are hurtling forward into the Christmas Holidays when much of the world celebrates the incarnation of God’s Christ into the physical and finite realm of humanity.  Christians believe that God Himself became flesh and blood to live among His creation.  We believe that Jesus was “God with us.”  But if we are going to think about God becoming flesh and walking and working among men, there’s obviously much more to it than baby Jesus in a manger.

For about thirty-three years after His birth, the world continued as it was.  But when, as a man, he began his short ministry the world was never the same again. Everything changed.

It is hard to think of a world without Jesus Christ because, particularly in the Western world (but certainly not limited to it), Jesus Christ is central…especially at this time of year.  Even if you use the increasingly popular “BCE” and “CE” (“Before the Common Era” and “Common Era”) to measure time, it is simply because BC (before Christ) and AD (“Anno Domini” or “Year of our Lord”) have for centuries been the way history is dated.  Deity becoming human was so explosive it became the turning point of history.

Today Christians and the way of Christ face expanding challenges.  The “New Atheists” are becoming combative.  Islam once again rattles the scimitars of violent conquest.  How will followers of the Prince of Peace respond?  So far, our reaction is a mixture of rattling our own sabers and stupid, provocative acts like Quran-burning and shouting-matches.

If these challenges are successfully met, it will not be with violence, book-burnings and placard-waving demonstrations.  They will be countered as they always must: by exalting Christ.  It will be done by reconciling humans to each other and to their Creator.  Then, and only then, will the hopeful song of angels be realized: peace on earth among men with whom God is pleased. 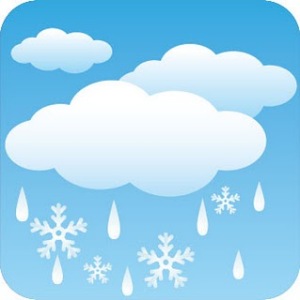 When the earth is watered by rain, snow or some other form of precipitation, people in my neck of the woods generally rejoice.  We always seem to need a few inches more.  So, it is not uncommon to hear the religious among us pray for rain when we need it and express thanks when we get it.  In a few days, we’ll be asking for more.

The Creator does not show partiality (Acts 10:34).  He created precipitation which, like sunshine, shows no favorites.  It falls on the evil and the good, the righteous and the unrighteous alike (Matthew 5:45).  The similarity ends there.  Believers have chosen to participate in precipitation.  We will continue to pray for rain and give thanks when it falls…even when it falls on our enemies and those who persecute us.  Come to think of it, we could really use some right now.